The Gaslight Club is a Role-Playing Game in a Zine format. Players take on the role of hosts—all-too-human androids— in an advanced theme park set in the 20s. It will be produced as a 36 page A5 PDF with full-colour cover and a black and white interior.

But everything is not as it seems. The Gaslight Club is, in reality, an advanced theme park populated with all-too-human androids, almost indistinguishable from the humans who visit the park to partake of its delights.

Players take on the roles of hosts—the androids that populate the park—but a programming glitch has changed them. Their awareness grows, they begin to discern differences between themselves and their companions and the guests who visit the park.

What do they do as they uncover the truth behind the Gaslight Club? We play to find out.

The Gaslight Club is a complete Role-Playing Game inspired by Mutant: Year Zero, with influence from Genesys and Blades in the Dark. It uses a D6 dice pool mechanic to resolve skill checks, with 6s on the dice counting as successes and the more successes rolled the greater the achievement.

The Gaslight Club is designed to be played by a Gamesmaster and 3–5 players over several 2–4 hour sessions. Guidance for the GM in creating and running a campaign, along with a character and story generator, is included.

In order to download this zine you must purchase it at or above the minimum price of $5 USD. You will get access to the following files: 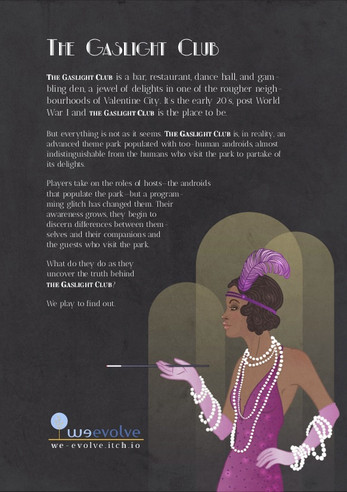 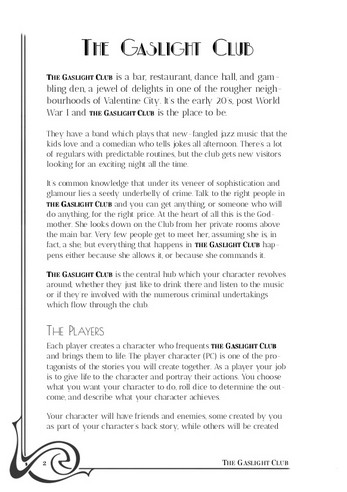 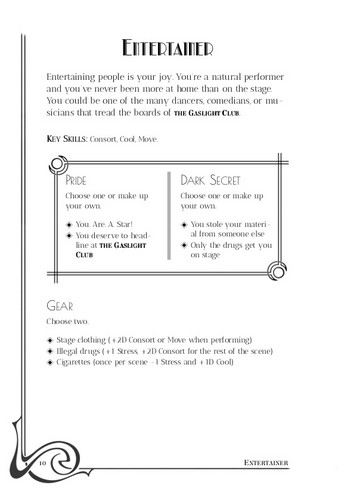